Abstract : Despite severe challenges brought forth by the COVID-19 pandemic, China has managed to promote trade in services by implementing a series of policies. The overall performance of China's trade in services remained stable over the past several months, bucking against the global downward trend. 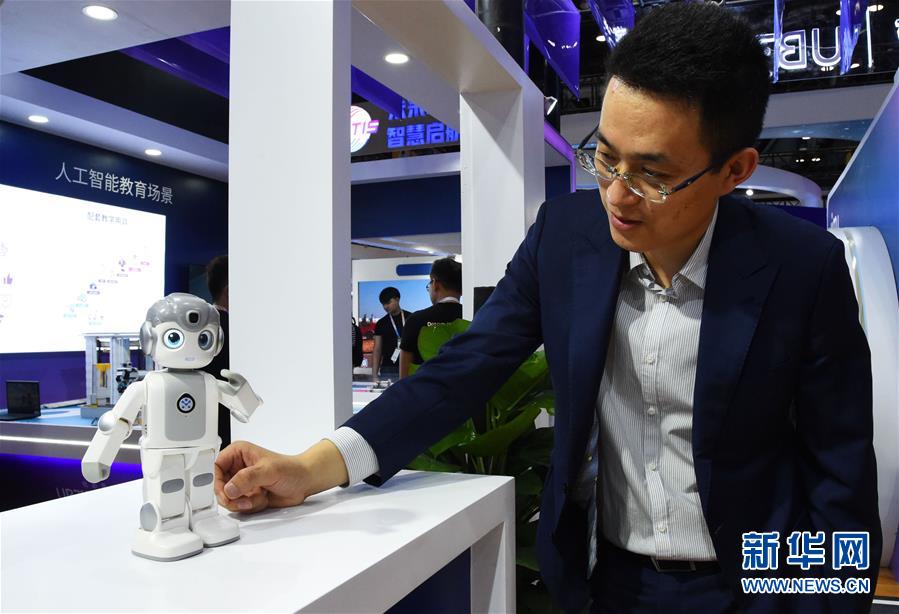 BEIJING, Aug. 20 (Xinhua) -- Despite severe challenges brought forth by the COVID-19 pandemic, China has managed to promote trade in services by implementing a series of policies. The overall performance of China's trade in services remained stable over the past several months, bucking against the global downward trend.
As industrial restructuring and upgrading speeds up in China, trade in services plays an increasingly important role in the whole service industry and the national economy. Boosting and innovating service trade will be critical to keeping foreign trade and investment stable.
-- Stable performance
China's trade in services was getting stable in the past several months against the plunge of global trade in services, according to Xian Guoyi, director-general of the Department of Trade in Service and Commercial Services of the Ministry of Commerce (MOC).
In the first half of 2020, the total value of China's trade in services decreased 14.7 percent year on year to 2.2 trillion yuan.
The decline in service trade was mainly caused by the slump in tourism services. If tourism services were excluded, China's trade in services in the first six months would register a year-on-year increase of 2.1 percent, according to Xian.
In the first six months, service exports fell 2.2 percent year on year to 912.79 billion yuan, while imports came in at 1.31 trillion yuan, down 21.7 percent year on year, said the MOC.
The service trade deficit went down 46.1 percent to 401.71 billion yuan.
It is notable that China's knowledge-intensive service trade from January to June registered 974.43 billion yuan, up 9.2 percent year on year and accounting for 43.7 percent of the total service trade.
China's exports of royalties for intellectual property (IP), insurance service, telecom computer and information services grew fast during the period, at 37.2 percent, 18.7 percent and 15.2 percent respectively.
The country's imports of telecom computer and information services as well as financial services were up 31.1 percent and 15.7 percent in the first half.
The figures reflected that with rapid development of high-tech industry, China's service technology and service level in the related sectors such as high-tech products, mechanical and electrical equipment have significantly improved and therefore boosted the exports of high-value-added services, said Zhang Jianping, deputy director of Academic Board and Director of Regional Economy Research Center of Chinese Academy of International Trade and Economic Cooperation under MOC.
In contrast to merchandise trade, trade in services refers to the sale and delivery of intangible products such as transportation, tourism, telecommunications, construction, advertising, computing, and accounting.
-- Innovation in service trade
China's State Council, the country's cabinet, recently approved a pilot program for spurring innovative development of trade in services in 28 cities and regions, aiming to facilitate a higher level of service trade opening-up via refined policies and administrative systems.
The provinces and cities include Beijing, Tianjin, Shanghai, Chongqing, Hainan, Dalian, Xiamen, Qingdao, Shenzhen and Shijiazhuang.
The three-year pilot program will explore ways to improve administrative systems and policies, further opening-up, advance trade facilitation, and innovate development modes.
If all these tests and measures work well, the government will encourage the pilot cities and regions to further strengthen international cooperation in service trade, in particular in areas such as education, law and finance, and build international service trade cooperation parks, according to Xian.
Besides, China has introduced 26 opening-up measures, including allowing foreign institutions to independently run economic and technological exhibitions and supporting more overseas professionals to start businesses in the country, to spur innovation in service trade, said the MOC on August 19.
The ministry will work with other government branches to conduct open stress tests for the cross-border delivery of business deals and overseas consumption activities such as enabling local firms to partner with overseas institutions to develop cross-border commercial medical insurance products and giving the green light to foreigners to operate non-vessel common carrier service in the country, said Xian.
-- Potential to be unleashed
China's services trade boasts huge development potential. Data from the World Trade Organization showed that in recent years, China's annual average growth rate of trade in services has been higher than that of the world, with the proportion of services trade in foreign trade rising from 11.1 percent in 2012 to 14.7 percent in 2018. This performance has made China the most important engine driving the growth of service trade in Asia.
In the second half of 2020, the MOC will expand featured service export bases, accelerate the formulation of negative list for cross-border trade in services, and develop emerging models such as digital trade and online exhibition to promote high-quality development of trade in services.
In this September, China will see the convening of the 2020 China International Fair for Trade in Services (CIFTIS) in Beijing. In the context of spreading pandemic and economic gloom worldwide, the CIFTIS composed of online and offline events to match service supply with demand, is expected to put a break in economic decline and inject impetus to economic recovery. (Edited by Su Dan with Xinhua Silk Road, silviasu07@163.com)

Despite severe challenges brought forth by the COVID-19 pandemic, China has managed to promote trade in services by implementing a series of policies. The overall performance of China's trade in services remained stable over the past several months, bucking against the global downward trend.