With container throughput of Shanghai Port ranking world's first for ten consecutive years, Shanghai, among other Asia-Pacific shipping hubs, is gaining ground in terms of global shipping resource allocation, according to the index report released in North Bund of Shanghai Saturday. 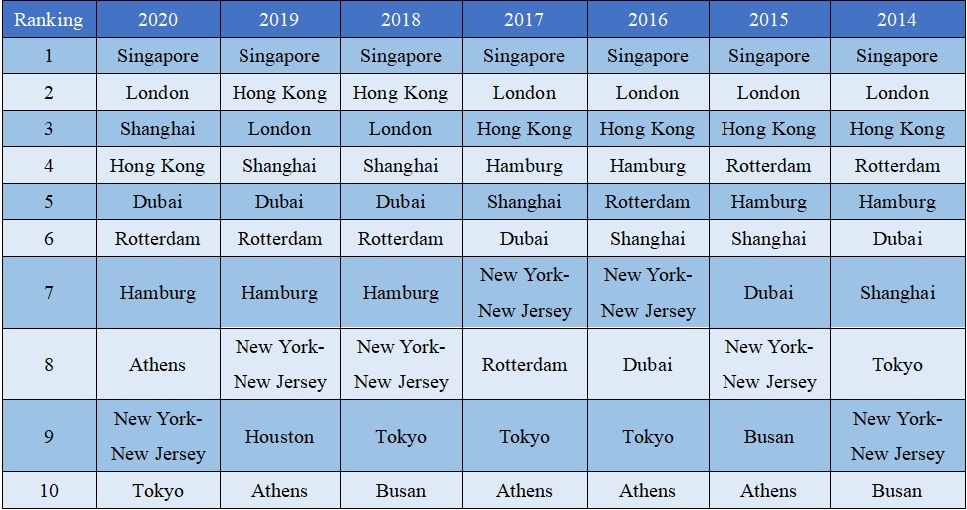 Rankings over the years show that Singapore continued its crown followed by London, with Shanghai rising to the third through strengthening shipping hardware and software constructions and Athens climbing to the eighth driven by Belt and Road developments.

The world is seeing centre of economic gravity and international shipping moving east, with 11 Asian cities, 61.11 percent of Asian rated samples, rising in rankings this year compared to 2019.

In particular, Shanghai has seen improving port hardware facilities along with "soft power" breakthroughs of supply chain nodes and high-end shipping service integration. Meanwhile, the number of maritime law firm partners in Shanghai reached 629 in 2019, ranking the fourth in the world, while nearly half of the world's top 100 container enterprises set up branches in the metropolis. In the meantime, Shanghai's shipping insurance business scale surpassed traditional insurance center Hong Kong for the first time.

Against the spread of COVID-19, the index report charted shipping heatmap which showed harder hit on container shipments by the pandemic than crude ships and bulk carriers.

Container transportation is recovering in Asia especially East Asia, the report pointed out.

The pandemic has forced digital transformation in processes and data exchanges at ports which would improve dock optimization and trade promotion in the future, predicted International Association of Ports and Harbors (IAPH).