Abstract : In 2017, Chinese and Russian leaders jointly proposed the "Ice Silk Road (ISR)," with an aim to promote cooperation and development in the Arctic.The ISR is an open initiative that abandons geopolitical thinking and advocates cooperation and a win-win perspective. 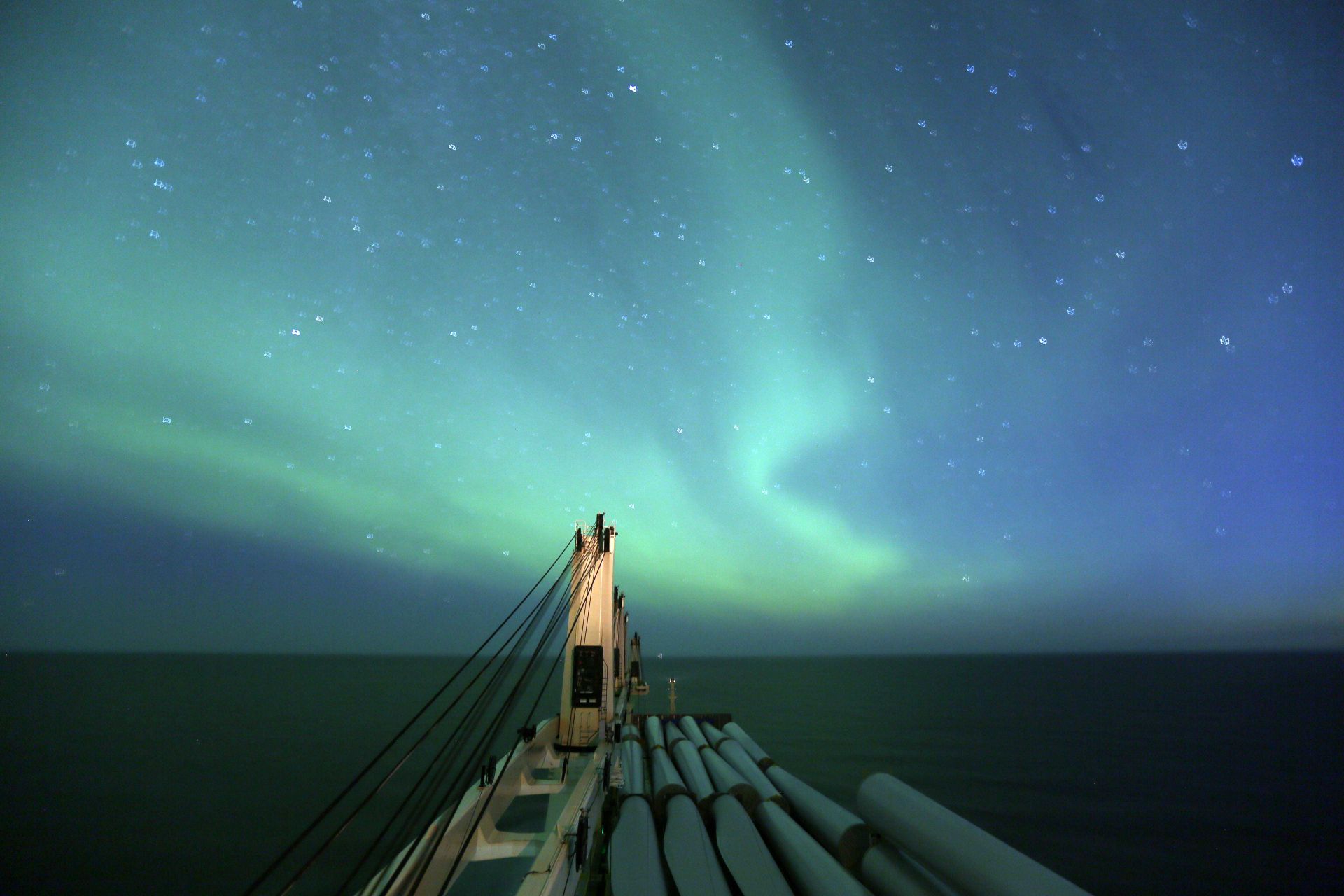 Since the end of the Cold War, and especially since the beginning of the new century, the Arctic has become one of the concerns of international politics and global governance. At present, with the Arctic region facing some new trends, Arctic governance and cooperation have been struggling to move forward.

After the Cold War, the Arctic became a pilot area for global governance and international cooperation. However, in recent years, due to changes in international relations-and especially due to the deteriorating relationship between Russia and Western countries like the US-the Arctic has once again become a focus of attention in geopolitical confrontation.

After the Ukrainian crisis in 2014, Russia's relations with the West fell to their lowest point since the Cold War. Russia has the longest Arctic Ocean coastline of any country, and the Arctic has become a key point in Russia's marine strategy. Meanwhile, the US and its European allies have also greatly strengthened their military deployment in the Arctic. Last year, NATO held its biggest military exercise since the Cold War in Norwegian waters near the Arctic, adding to tensions between the US and Russia in the region.

In addition to geopolitical conflicts in the Arctic, Arctic cooperation and governance have also faced a number of bottlenecks. It is true that under the joint efforts of Arctic countries over the years, there have been many achievements in governance and cooperation, but this seems to show signs of slowing down.

First, the Arctic still lacks an effective, authoritative and representative international governance mechanism. At present, the Arctic Council is the most representative mechanism, but it is only a forum organization and lacks legal status under international law. Since the Arctic Council cannot be endowed with a leadership role, it is difficult for other specialized mechanisms to coordinate among each other. For instance, the Arctic Economic Council, the Arctic Coast Guard Forum, and other economic and social development-related organizations, as well as polar security, search and rescue, are all operating independently.

Second, Arctic countries are relatively conservative and inward-focused in terms of Arctic governance and cooperation, making it hard for countries outside the Arctic to express their concerns and to attract attention.

The initial drivers behind Arctic governance and cooperation have been climate change, energy demand and shipping prospects, as well as promoting globalization and global governance-all of which have faced changes recently. Due to the irresponsible decision by some countries to abandon the climate deal, global efforts to deal with climate change have been met with twists and turns. The turmoil in the world energy market and declining energy prices have reduced the urgency of developing Arctic energy. The world shipping industry also posted a bearish performance amid the global economic downturn. In addition, globalization and global governance have faced headwinds due to populism and extreme conservatism in some countries. All these have resulted in bottlenecks in the current Arctic governance and cooperation process.

In 2013, China proposed the Belt and Road Initiative (BRI). Against the international background of that time, some Chinese experts already believed that future cooperation and development of the Arctic could be combined with the BRI. After a long period of discussion, in 2017, Chinese and Russian leaders jointly proposed the "Ice Silk Road (ISR)," with an aim to promote cooperation and development in the Arctic.

The ISR framework has been welcomed by some Arctic countries. During several meetings with Chinese leaders, Russian leaders emphasized that the two countries should push forward and strengthen ISR construction and cooperation. Finnish President Sauli Niinisto, during his visit to China, also expressed his willingness to discuss cooperation opportunities with China in Arctic waterway development and other projects to jointly build the ISR and promote the connectivity of Eurasia. Iceland already signed an Arctic cooperation agreement with China many years ago. In 2018, China and Russia achieved important progress in their cooperation in the Arctic gas field, and many cooperation agreements were reached on the construction of Arctic waterway infrastructure.

-- China's Policies and Positions on Participating in Arctic Affairs

1. Deepening the exploration and understanding of the Arctic

2. Protecting the eco-environment of the Arctic and addressing climate change

3. Utilizing Arctic Resources in a Lawful and Rational Manner

5. Promoting peace and stability in the Arctic Conclusion

Chinese shipping firms handle LNG cargos bound for China. In July 2018, seven months after operations started, the first shipment of LNG from Yamal arrived in Jiangsu province's Nantong. A second phase of the project is now being constructed on the Gydan peninsula, to the east of Yamal, and due to begin operating in 2023. 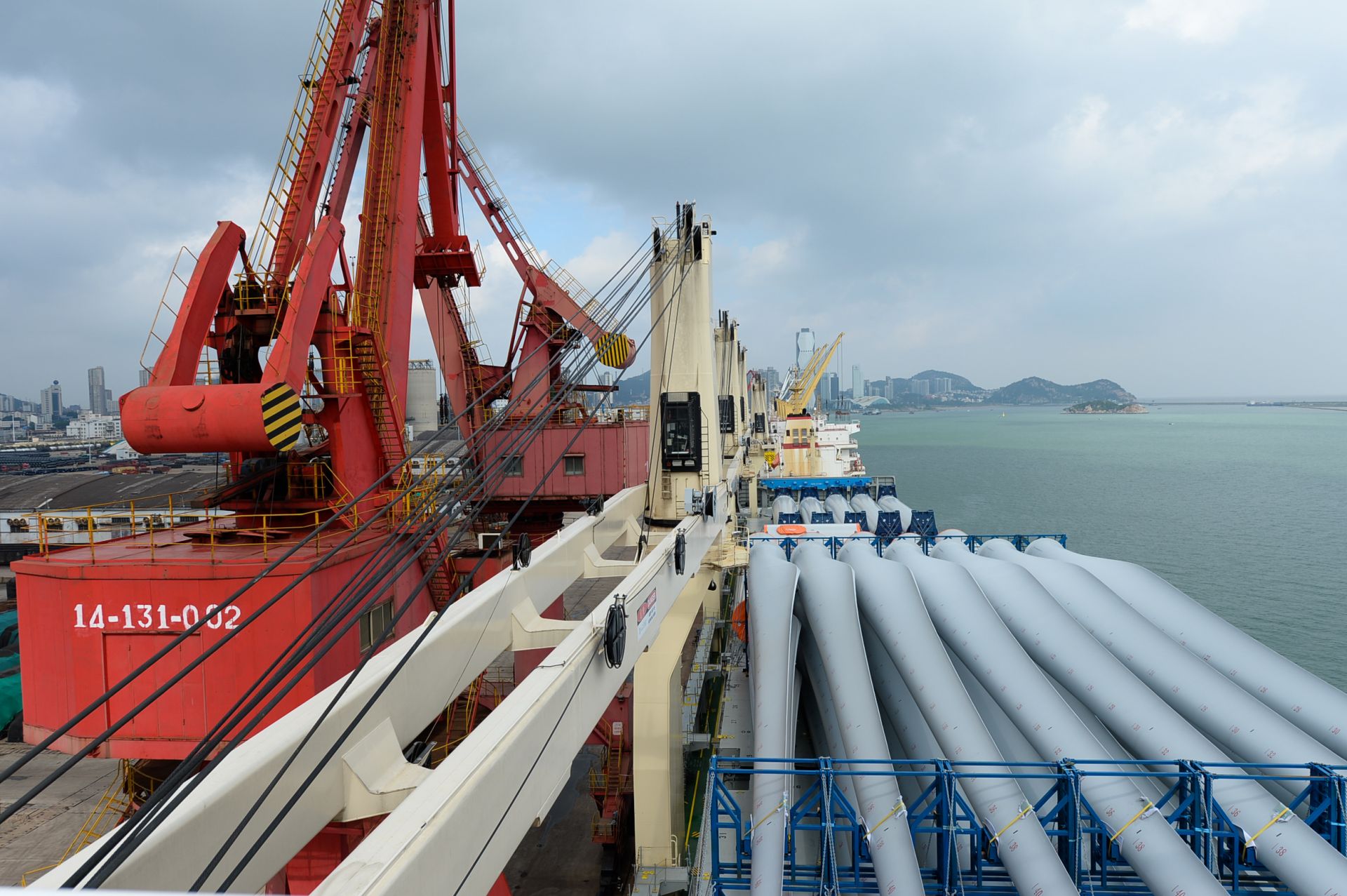 This is Russia and China's second Ice Silk Road (ISR) energy project after Yamal. Payakha lies on the Taymyr peninsula in the region of Krasnoyarsk. According to reports, the project includes the construction of six crude oil processing facilities, a crude oil port capable of handling 50 million tonnes a year, 410 kilometres of pressurized oil pipelines, a 750-megawatt power station and an oil storage facility.

Located just southwest of Vladivostok and close to the Chinese border, the port of Zarubino is ice free year-round. In 2014, the government of Jilin province, the China Merchants Group and Russia's largest port operator signed a framework deal to develop Zarubino into the biggest port in northeast Asia over 18 years, with capacity to handle 60 million tonnes of goods a year. Railways linking the port with inland regions of China will also be built.

In September 2018, as the first stage of this project, a shipping route started running from Hunchun on the Tumen river in Jilin to Zarubino and then on to Zhoushan in Zhejiang province. The new Zarubino port will strengthen links between northeast China and the rest of the world, and aid development in Russia's far east. It will also be a key link on the northeast passage trade route to Europe.

Arkhangelsk is the largest city on Russia's northern coast, situated on the country's European side close to Finland. The new deepwater port has been planned for over a decade. It will be located 55 kilometres from Arkhangelsk on the island of Mud'yug, which lies in the Dvina river delta close to existing port infrastructure. Linking up with Russia's railway network, the port will help develop a combined sea-land transportation system, and improve links to Siberia.

The local government predicts the new port and associated railways will create 40,000 jobs in the region. According to one expert, the China Poly Group signed an agreement of intent in 2016, earmarking investment of 550 million yuan (USD79 million). The China Ocean Shipping Company has also made its interest in the project clear.

In April 2018, China's Institute of Remote Sensing and Digital Earth signed an agreement with Finland’s Arctic Space Centre to establish a new monitoring and research centre for the polar region. The facility, based in northern Finland's Sodankylä, will collect, process and share satellite data, providing an open international platform to support climate research, environmental monitoring and Arctic navigation.

The centre will contribute to China's "Digital Silk Road" plan, which aims to create a spatial information system for regions covered by the BRI. It will also promote the Chinese Academy of Sciences' "Global Three Poles Environment" project, which aims to better understand global climate change.

The project was inaugurated in October 2018.

In October 2018, the China-Iceland Arctic Science Observatory was officially opened in the city of Karholl in northern Iceland.

Set up to monitor climate and environmental change in the Arctic, the observatory is managed by the Polar Research Institute of China and Iceland's Institute of Research Centres. It can accommodate 15 people and will also be open to researchers from third countries.

The partnership started in 2012 when the two governments signed a deal on Arctic cooperation. That year also saw a memorandum of understanding signed between organisations from the two countries on a joint aurora observatory. Plans were expanded in 2017, with work at the observatory now covering the atmosphere, the oceans, glaciers, geophysics, remote sensing and biology.

Beijing's major projects resume construction, over 400,000 workers back on site

In 2017, Chinese and Russian leaders jointly proposed the "Ice Silk Road (ISR)," with an aim to promote cooperation and development in the Arctic.The ISR is an open initiative that abandons geopolitical thinking and advocates cooperation and a win-win perspective.