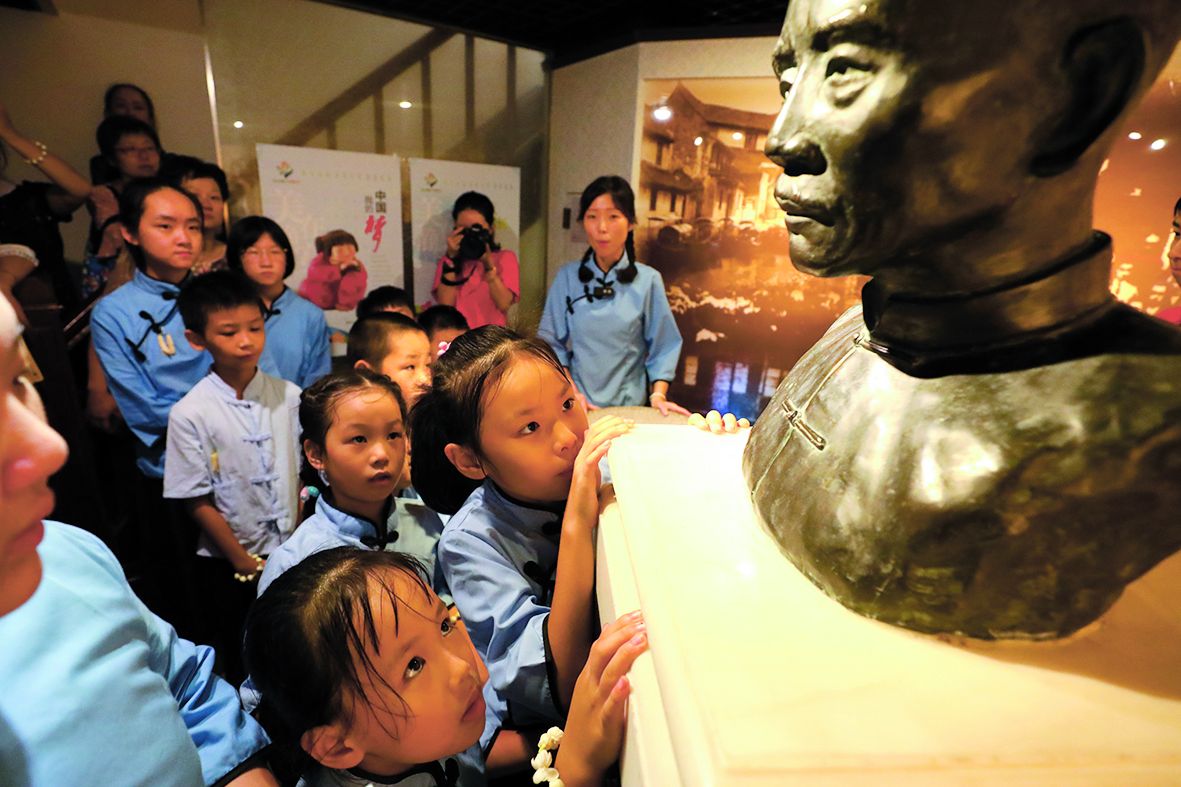 The play was scripted and performed by staff of the former residence and was intended to honor Cai’s life and his contributions to the country.

Cai (1868-1940) was president of Peking University and founder of the Academia Sinica. He was revered for his synthesis of Chinese and Western ideas.

Chang Hao, vice president of the Chinese Weiqi Association and a go world champion, presented the championship trophy to the subdistrict. He also explained the strategy of the deciding game to weiqi fans, using an artificial intelligence system at the scene.

Jing’an District government held a marketing event in Milan earlier this month to promote its investment and service environment, and encourage more Italian companies to open branches in the district.

Shanghai and Milan have longstanding ties. The district government signed new agreements with Salvatore Ferragamo, Pasquale Bruni and Alma, an international school of Italian cuisine, to collaborate in fashion, design, food and culture.

Mirror on the designs of the future

A “Design the Design” forum invited participants to discuss the role of design in contemporary life and its future prospects.

An industry fund to support businesses involved in big data has been established in Jing’an, which has been called the “gray matter” of Shanghai’s “smart city” ambitions. The fund was set up in Shibei High Technology Park, home of the Shanghai Data Exchange, China’s leading big data center.

The fund offers financial aid to startups and smaller innovative businesses in the big data industry. Executives from Shibei and local investment companies unveiled the fund at the 2019 Shanghai Jing’an International Big Data Forum this month.

A big boost for eSports

The logo for the 2019 eSports Shanghai Masters, the first high-profile event of its kind in the city, was unveiled at the Daning Convention Center in Jing’an District on September 4. The Shanghai eSports Association signed contracts with event providers to formally launch a new eSports league.

The eSports Masters will take place in the Jing’an Sports Center between November 28 and December 1. So far, its registered events include Dungeon and Fighter F1 World Championships and three new competitions in Overwatch, Warcraft III Reforged and League of Legends.