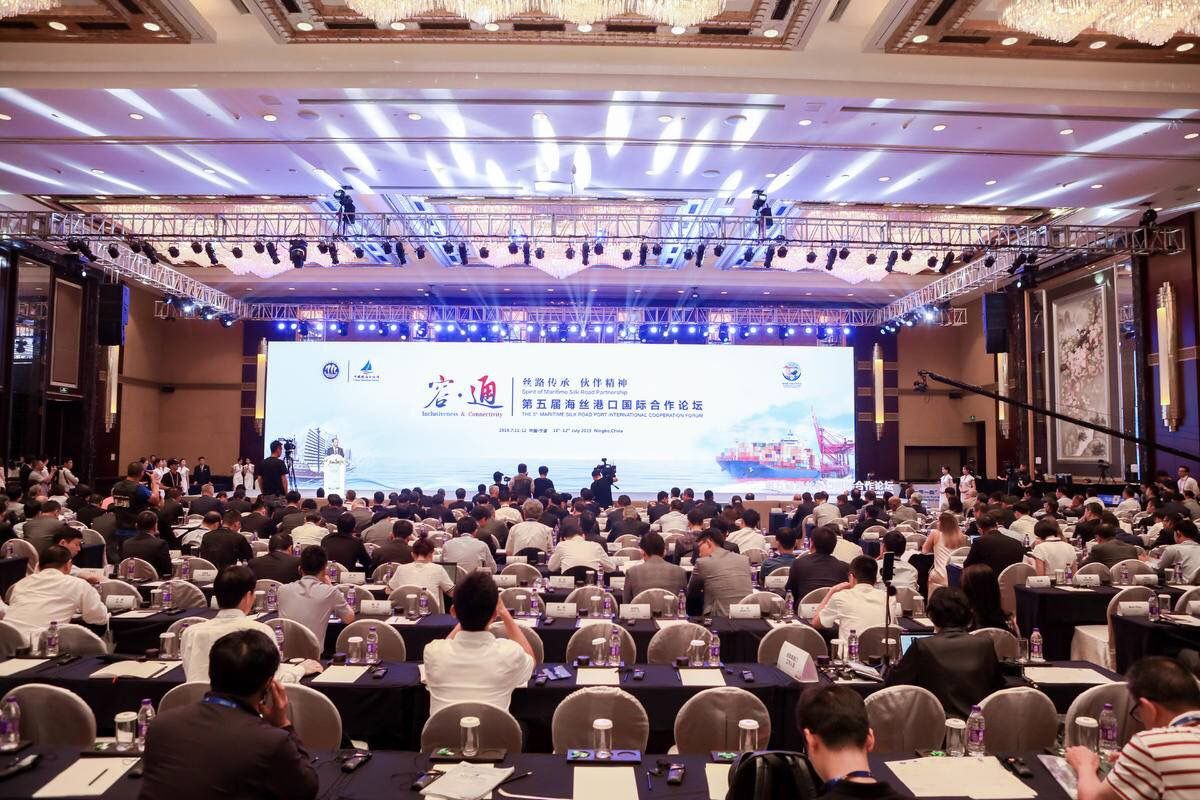 The 2-day long forum is a parallel forum for the China Maritime Forum 2019, an event launched to mark the Maritime Day of China on July 11, and is guided by China's Ministry of Foreign Affairs, Ministry of Transport and the People's Government of Zhejiang Province.

Xu Zuyuan, former vice minister of China's Ministry of Transport and Maritime Ambassador of International Maritime Organization (IMO), said the world is undergoing profound changes and adjustments. By co-building a platform and sharing fruits of cooperation and co-development, countries and regions alongside the 21st Century Maritime Silk Road will embrace joint development of their ports and shipping businesses.

After five years of joint efforts, the MPF has now served as an important platform for promoting cooperation and communication among ports and shipping businesses around the world, added Xu.

According to the 2018 global port development report, nine Chinese ports including the Guangzhou Port, Ningbo-Zhoushan Port and Tianjin Port all ranked among the world top 20 ports with even higher rankings than 2017 in 2018 despite general slower growth in container throughput worldwide.

Since 2015, the MPF has been convened for five consecutive years. In April, the Ningbo Initiative, as an outcome of the 2018 MPF, was included in the List of Deliverables of the Second Belt and Road Forum for International Cooperation.  (Edited by Duan Jing, duanjing@xinhua.org)

Ministry of Commerce of Thailand intends to organize an SEOM Meeting