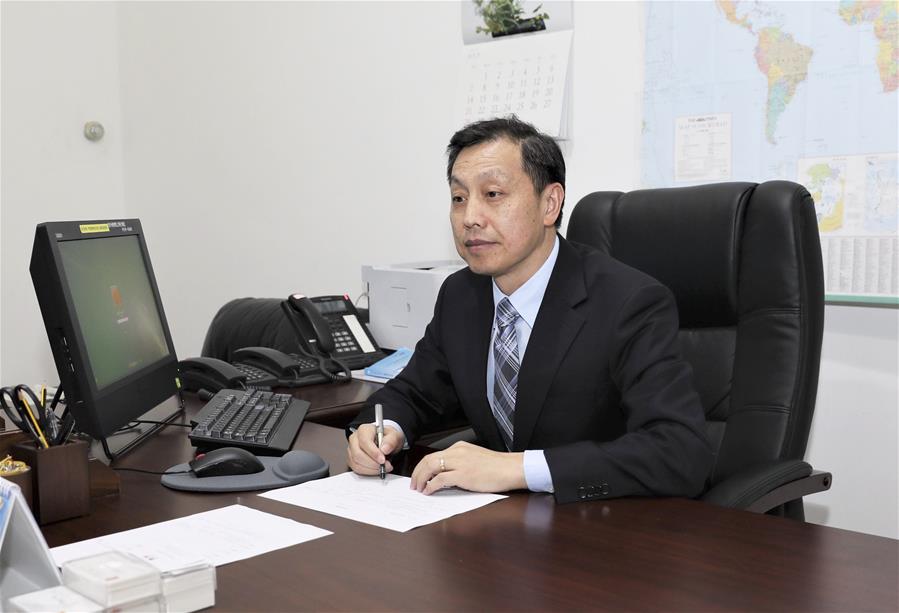 It was the seventh visit of Sabah to China, Li said, adding that the visit plays an important role in developing China-Kuwait relations.

During his visit, China and Kuwait agreed to establish strategic partnership between the two countries to inject new impetus into bilateral ties and open up new prospects in the new era.

The high-level exchanges have always been an important driving force for the rapid development of bilateral relations, Li said.

"It will help the two countries to achieve more results under the BRI," the ambassador said.

During the past year, the two sides have been implementing consensus reached by the two countries' leaders as the primary goal of the development of bilateral relations.

The Kuwaiti cabinet has set up a special committee to follow up on the implementation of the results, Li noted.

In addition, the two sides are also actively implementing other cooperation documents signed in the areas of economy, trade, investment, smart cities and other areas, Li said.

During the past year, the political mutual trust between the two countries has been enhanced, and the two sides have firmly supported each other's core interests and maintained close cooperation in the international arena, including the United Nations, Li added.

China and Kuwait continue to expand cooperation in the fields of energy, infrastructure, finance, trade and investment, Li said.

"By the end of 2018, the total number of projects undertaken by the Chinese companies in Kuwait is 120 with a total amount of 21.5 billion dollars," Li said.

As to the cultural cooperation, the Chinese side continues sending its cultural groups to Kuwait with an aim to promote exchanges and further enhance the mutual understanding and friendship between the two peoples, Li noted.

The friendly exchanges between China and Kuwait have always been a model for China's exchanges with regional countries, Li noted.

"Under the current international situation which is witnessing instability and uncertain factors, the stable and healthy development of China-Kuwait strategic partnership not only injects new impetus to regional peace and development, but contributes to the building of a community with a shared future for mankind," Li stressed.

"We have accumulated experience, and the experience will contribute to international cooperation and the reform of the global governance system," Li said.

"In the future, we will work together with the Kuwaiti side to further implement the consensus reached by the two countries' leaders, deepen the strategic partnership and promote more practical cooperation in various fields to achieve more results and benefit people of China and Kuwait," Li added.

Iron ore prices in China have no grounds for sustainable surge, report

Profit of Chinese automaker Geely to drop 40 pct in H1

China and Kuwait will achieve more results in practical cooperation under the framework of Belt and Road Initiative (BRI) with deepening bilateral partnership, said Chinese Ambassador to Kuwait Li Minggang.