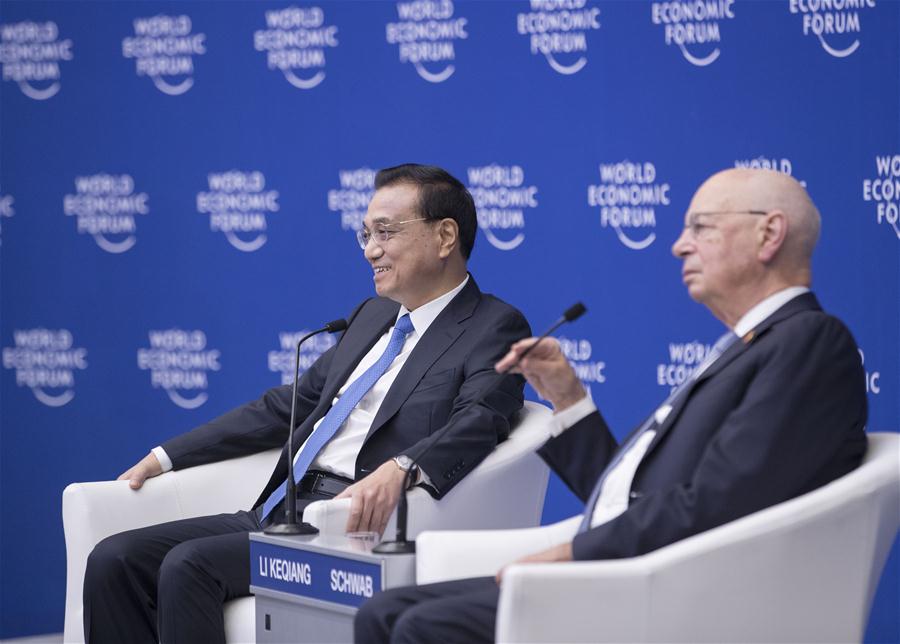 Li made the remarks during a dialogue session held Tuesday at the Annual Meeting of the New Champions 2019, also known as the Summer Davos Forum, in the city of Dalian.

The dialogue session was chaired by Klaus Schwab, founder and executive chairman of the World Economic Forum, with attendance of more than 200 global representatives of industry and commerce, finance, think tanks, media.

At the dialogue session, Premier Li answered a raft of questions put forward by the attendees, ranging from China's business environment, adjustment of industry chain, enterprises and innovation, opening-up of finance, to development of private businesses.

As for business environment, China will build market-oriented, internationalized business environment based on rule of law and with openness, transparency and predictability, Li said, noting that restrictions on market access will be further relaxed.

Apart from treating foreign investors impartially and fairly, the country will strengthen the protection of intellectual property, Li said.

He attributed the stable growth in foreign investment to the country's globalized industrial system and vast market with huge potential, saying China boasts great competitiveness in the global industrial chain.

The Chinese government also enhanced financial regulation to protect the interests of domestic and overseas investors and consumers, Li said.

Although facing downward economic pressures, China has strived to maintain financial stability, without saddling the economy with excessive money supply. The country has maintained stability of its monetary policy, with timely and pre-emptive fine-tuning, and kept the yuan exchange rate basically stable at a reasonable and balanced level.

"China's financial sector will further open up, and financial supervision and management will become more and more well-regulated," he said.

Over half of litchi output in Vietnam's litchi hub exported to China: report