Abstract : As the first dedicated import exhibition in the world, this year's China International Import Expo (CIIE) is slated to be held offline in Shanghai from Nov. 5 to 10.

-- As the first dedicated import exhibition in the world, this year's China International Import Expo (CIIE) is slated to be held offline in Shanghai from Nov. 5 to 10.

-- Global exhibitors have geared up for the upcoming expo while organizers have gone all out for final preparations.

SHANGHAI, Oct. 5 (Xinhua) -- Though China's weeklong National Day holiday is ongoing, Pakistani businessman Habib Ur Rehman couldn't afford a day off, as he was getting ready for the 4th China International Import Expo (CIIE), which is just one month away.

This year Rehman has ordered more salt lamps, which are made from minerals in mountainous areas. He hopes to introduce the popular household gadget from Pakistan to the Chinese market.

At a matchmaking session for buyers and exhibitors to meet ahead of the expo, Rehman's products successfully aroused interest among merchants from across China, which has boosted his confidence.

This year, more than 200 exhibitors and over 500 purchasers participated in the matchmaking sessions. 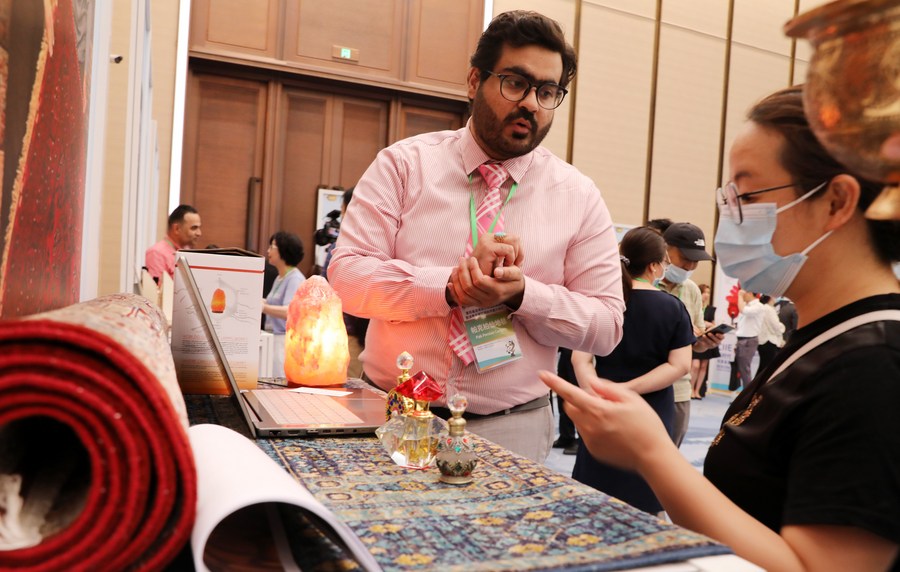 An exhibitor presents his products during a matchmaking session for buyers and exhibitors ahead of the 4th China International Import Expo (CIIE) at the National Exhibition and Convention Center (Shanghai) in Shanghai, east China, July 15, 2021. (Xinhua/Fang Zhe)

John Edwards, British trade commissioner for China, said in an e-mail interview that the Scottish Development International (SDI) was "particularly heavily involved in this year's CIIE" and for the second year running, Scotland will "have a significant presence."

The SDI will partner with Greenland Group, a Shanghai-based state-owned enterprise, to bring 37 Scottish companies to CIIE 2021, with 23 brands in the Food & Agricultural Products section, and 14 brands in the Consumer Goods section.

Official figures of the British government showed that the country secured more than 430 million GBP of commercial deals across a range of sectors during the 3rd CIIE last year.

Shu Jueting, spokesperson of China's Ministry of Commerce, said the exhibition area exceeded 360,000 square meters, and the number of signed exhibitors exceeded that of the previous year, adding that over 80 percent of the Fortune 500 and industry-leading companies from last year's CIIE will participate again in this year's event.

Returning multinationals such as Michelin, Shiseido, Fonterra, Amorepacific, ABB and Fast Retailing have even signed up for the 5th CIIE in advance. 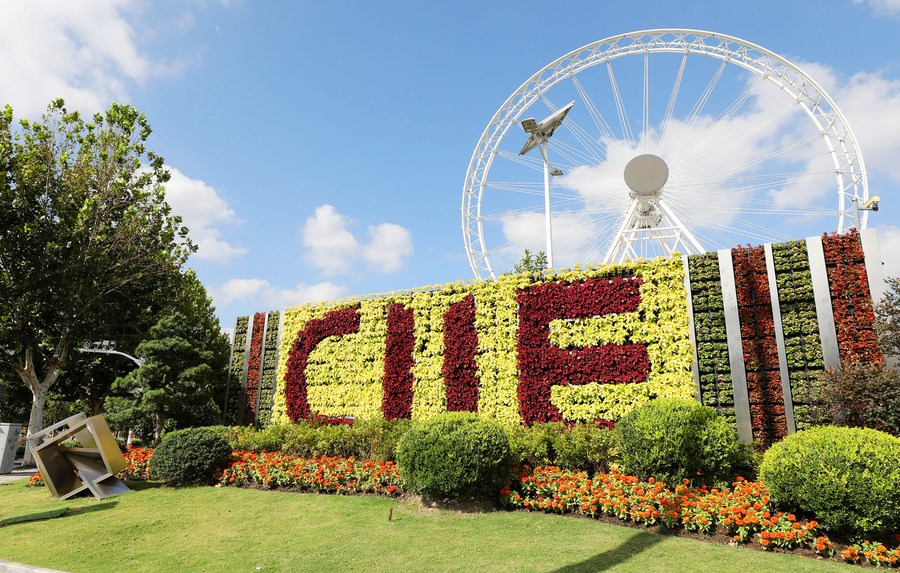 Nicolas Hieronimus, CEO of France-based cosmetic giant L'Oreal, said the expo is a good chance for the company to showcase cutting-edge innovation and get in touch with the country's "dual circulation" strategy first-hand.

"I'm more than confident in the Chinese market. In fact, I'm very ambitious." He said with the rise of the middle class and the "dual circulation" development pattern, the domestic consumption of China is "something we are very confident about."

"We've seen very strong return brought by our previous participation at the CIIE as it offers a dialogue platform with local partners and government," said Niels B. Christiansen, CEO of LEGO Group, adding that the expo showed the success of China's moves to open up and improve the business environment, which encourages the company to further invest, develop and innovate in China.

LEGO opened more than 60 branded stores in the first half of the year with more than 40 of them in China. According to Christiansen, the company is expected to cover 85 Chinese cities with 300 retail stores by the end of this year.

A racing car by Michelin which is among the earliest exhibits in place for the 4th China International Import Expo (CIIE) arrives in Shanghai, east China, Sept. 27, 2021. (Xinhua)

A racing car by Michelin arrived in Shanghai last Monday, which was among the earliest exhibits in place for the 4th CIIE.

The Mission H24 car powered by hydrogen cleared customs in a single second thanks to innovative services, and will make its Asian debut at the upcoming CIIE.

"The CIIE is not only a platform for trade and investment, but also a window for multi-party dialogue and communication," said Kamran Vossoughi, president and CEO of Michelin China.

According to the customs, more than 200 batches of exhibits are expected to enter the country by sea, air and rail in the coming month.

Detailed measures to ensure the safety of the expo amidst the COVID-19 pandemic have also been high on the agenda.

For example, a special group consisting of a service staffer, a virus prevention specialist and three security personnel will be responsible for customer guidance in each and every restaurant of the exhibition center during the expo. Once the diner limit is reached, they will guide extra customers to outdoor dining areas. 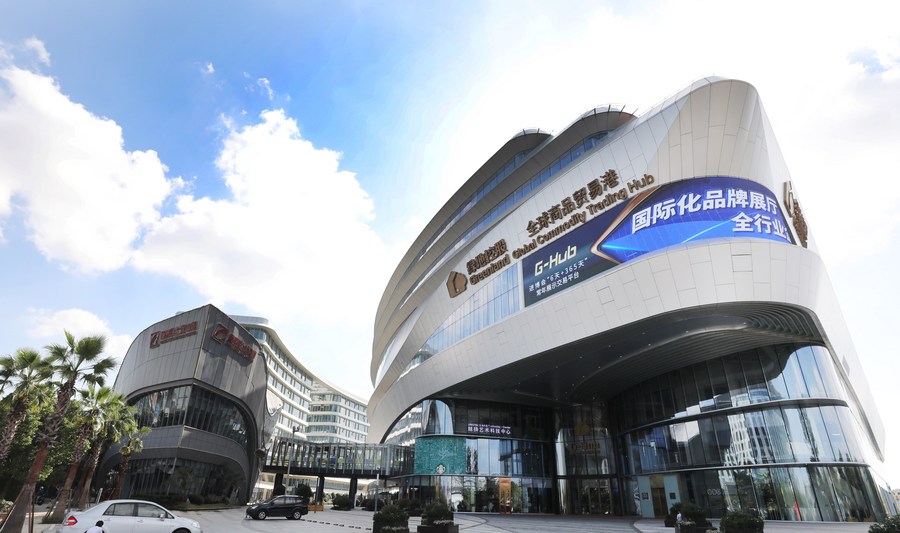 Gu Honghui, deputy secretary-general of the Shanghai municipal government, said efforts will be made to ensure the COVID-19 prevention and control is more precise, urban service more refined, and the spillover effect of the CIIE brand more prominent during the expo.

The CIIE is the first dedicated import exhibition in the world and has seen fruitful outcomes in the past three expos. The 4th CIIE is slated to be held offline in Shanghai from Nov. 5 to 10 this year.

As the first dedicated import exhibition in the world, this year's China International Import Expo (CIIE) is slated to be held offline in Shanghai from Nov. 5 to 10.