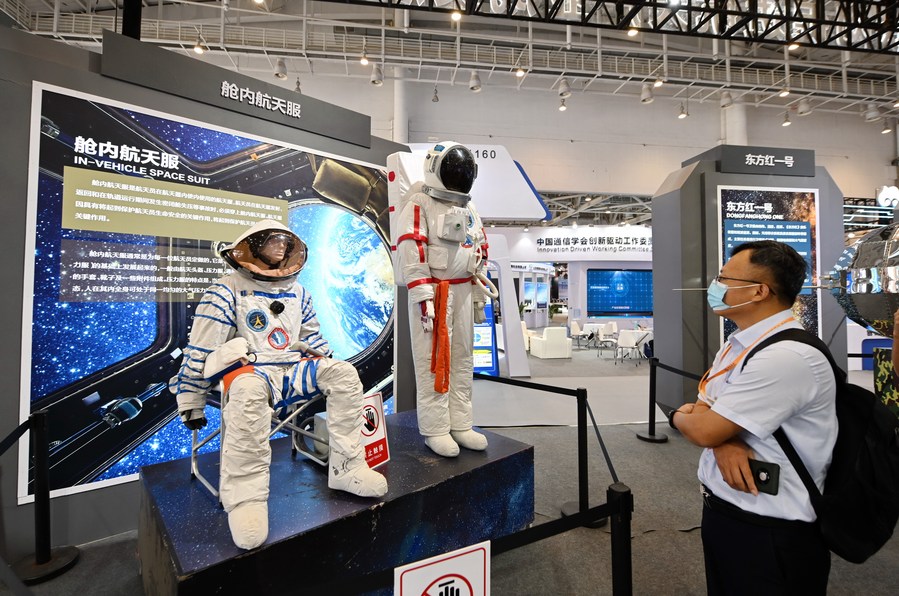 "At least two cooperation programs will be reached with Chinese enterprises," she said. "Of course, the more the better."

The BRICS countries, namely Brazil, Russia, India, China and South Africa, are home to over 40 percent of the world's population and about a quarter of the world economy.

The BRICS Partnership on New Industrial Revolution Innovation Center was launched in Xiamen in December last year. At the center's inauguration ceremony on Tuesday, 28 projects with a total investment of over 13.4 billion yuan (about 2.07 billion U.S. dollars) were inked by BRICS enterprises. "It is encouraging. We value the position of Xiamen as a technology, innovation and international trade hub in China," Oliveira said.

"The innovation center in Xiamen provides lots of opportunities for enterprises both in China and Brazil in fields such as biotechnology, nanotechnology, new materials, green economy and smart manufacturing," she added.

Xiamen ITG Group Co., Ltd., a Chinese company based in Xiamen, signed two projects with Brazil on the importation of soy beans and pulp, with a total investment of more than 2 billion yuan.

Cai Yingbin, deputy president of Xiamen ITG Group, said that the company enjoyed in-depth cooperation with other BRICS enterprises on coal, textiles and agricultural products, with the scale of both import and export increasing in recent years.

Evgeny Kosolapov, a representative of the Skolkovo innovation center in Russia, which signed a cooperation contract with Xiamen Torch Development Zone for High Technology Industries at the ceremony, said that one major area on which they are focusing is "Industry 4.0".

"I believe Xiamen is a good place for new industries to come to China because of its good logistics and business environment," he said. "I think the innovation center has a very good future and we would be happy to contribute ourselves to the center's development."

From January to July of 2021, the number of new enterprises established in Xiamen by Brazil, Russia, India and South Africa is three times that of the same period in previous years, data shows.

Alexey Dakhnovskiy, trade representative of Russia in China, said that the innovation center aims to promote partnership and productivity among the BRICS countries, which will create market, employment and business opportunities for them.

"We are sure that through our joint efforts, the BRICS countries will have a better future in terms of digitalization, standardization and industrialization," Dakhnovskiy said.