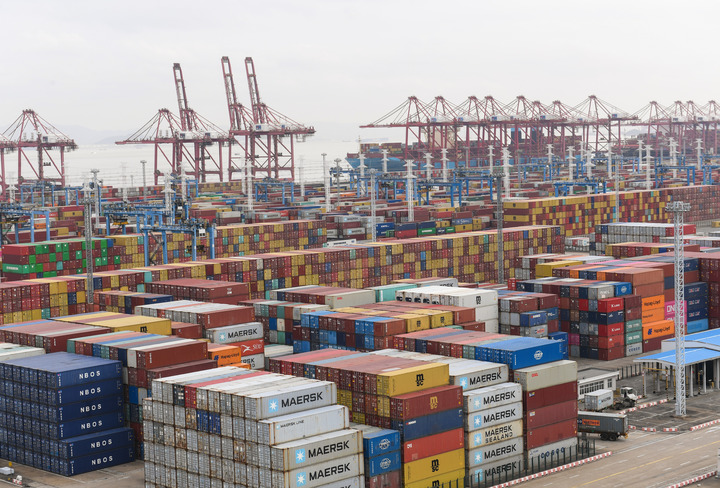 In terms of institutional innovation, Zhejiang FTZ has created 64 innovative cases in 2021, among which two achievements have been replicated and promoted nationwide for demonstration.

In December 2019, Zhejiang was approved to set up six interconnected innovation zones in Hangzhou, Ningbo, Wenzhou, Jiaxing, Jinhua, and Taizhou, and another four newly established innovation zones were launched in this June  in cities including Huzhou, Shaoxing, Quzhou, and Lishui.

The booming development of Zhejiang FTZ was attributed to the flourishing logistic sector in the first half of the year, among which the FTZ achieved 7.7 billion of express deliveries, 530,000 tonnes of cargo throughput, and 16.13 million TEUs of container throughput.

As a hot land of the cross-border e-commerce industry, Zhejiang Province reported 91.89 billion yuan of cross-border e-commerce exports in the first six months of this year, up 48.2 percent year on year. At the same time, the China-Europe freight train service running between Madrid and the city of Yiwu has operated 1,201 train trips this year as of July 25.

The Zhejiang FTZ will continue to play an important role in China's reform and opening-up and continue to inject momentum in oil and gas, digital industry, and logistic hub construction, said the local authorities.

East China's Zhejiang Pilot Free Trade Zone (FTZ) has achieved fruitful results in exploring institutional innovation and strengthening opening-up since its establishment in 2019, according to a press conference held by local authorities recently.