Abstract : China's consumer inflation continued modest growth in May, while factory-gate prices registered rapid expansion due to increasing commodity prices and the solid recovery of domestic demand, according to official data released Wednesday. 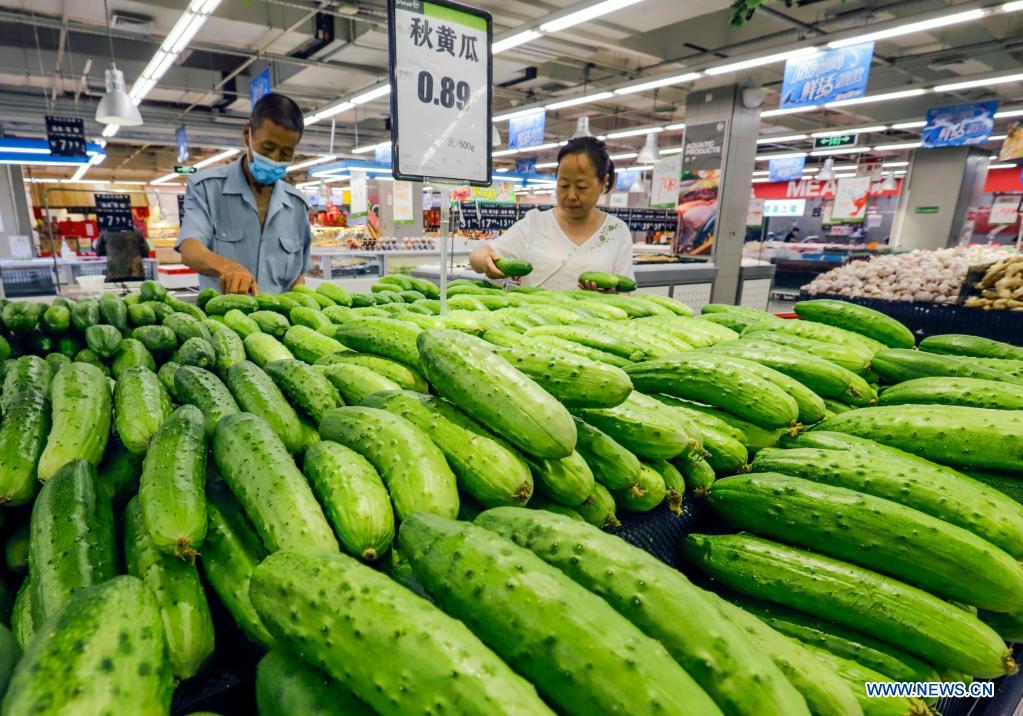 The consumer price index (CPI), a main gauge of inflation, rose 1.3 percent year on year in May, up from the 0.9-percent growth rate in April, according to data from the National Bureau of Statistics (NBS).

Consumer prices remained generally stable in May as local governments and various departments continued efforts in ensuring supply and stabilizing prices, said Dong Lijuan, a senior statistician with the NBS.

The average CPI in the first five months of the year went up 0.4 percent from the same period last year, according to the NBS.

The faster CPI growth in May was mainly due to the stronger carry-over effect of last year's price changes, Dong said.

Food prices climbed 0.3 percent year on year in May, reversing the 0.7-percent decline in April, pushing up the consumer inflation by 0.05 percentage points, according to the data.

To stabilize pork prices, China has taken a series of measures to boost the pork supply, including releasing frozen pork reserves and increasing imports. The country has also ramped up financial support, including subsidies and loans, to major pig-producing counties to soften the impact of the COVID-19 pandemic and restore production.

Non-food prices went up 1.6 percent year on year in May, compared with the 1.3-percent increase in April, with the price of air tickets surging 32.3 percent and that of gasoline up 22 percent, according to the NBS.

On a monthly basis, the CPI declined 0.2 percent, with food prices down 1.7 percent, narrowing the decline by 0.7 percentage points from April, NBS data showed.

The month-on-month drop was mainly driven by the continued decline in overall food prices, which has stabilized consumer prices recently, said Guo Liyan, a researcher with the Chinese Academy of Macroeconomic Research.

China has set its consumer inflation target at around 3 percent for the year 2021, according to the government work report this year.

Guo noted that the production and supply of goods and services for consumers will be abundant later this year, stressing the importance of ensuring the sufficient supply of agricultural and sideline food products and abundant production capacity of industrial consumer goods.

China's CPI is expected to fluctuate moderately in an appropriate range based on the nation's solid foundation, and the annual price control target can be successfully achieved, Guo said.

The producer prices rose at a faster pace last month to the highest level since September 2008 as domestic demand steadily recovers and raw material prices continue to rally.

On the whole, inflation does not pose a major constraint on China's monetary policy, said Wen Bin, a chief analyst at China Minsheng Bank, suggesting the country keep stable macroeconomic policies in place, continue to strengthen support for the recovery of domestic demand and enhance the internal momentum of the economy.

Wen also suggested efforts to ramp up the adjustment of supply and demand to ease the rise of commodity prices, help micro and small businesses to cope with the price rise of raw materials, and stabilize the industrial and supply chains. Enditem

China's consumer inflation continued modest growth in May, while factory-gate prices registered rapid expansion due to increasing commodity prices and the solid recovery of domestic demand, according to official data released Wednesday.