Abstract : China and Venezuela signed a Memorandum of Understanding (MOU) for cooperation on the Belt and Road Initiative (BRI) on September 14, 2018.

China and Venezuela signed a Memorandum of Understanding (MOU) for cooperation on the Belt and Road Initiative (BRI) on September 14, 2018. 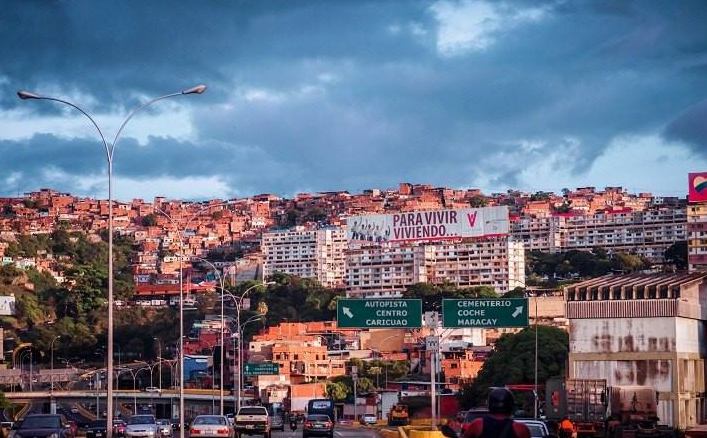 Venezuela, country located at the northern end of South America. It occupies a roughly triangular area that is larger than the combined areas of France and Germany. Venezuela is bounded by the Caribbean Sea and the Atlantic Ocean to the north, Guyana to the east, Brazil to the south, and Colombia to the southwest and west. The national capital, Caracas, is Venezuela’s primary centre of industry, commerce, education, and tourism.

In the 20th century Venezuela was transformed from a relatively poor agrarian society to a rapidly urbanizing one, a condition made possible by exploiting huge petroleum reserves. These changes, however, have been accompanied by imbalances among the country’s regions and socioeconomic groups, and Venezuela’s cities have swelled because of a massive and largely uncontrolled migration from rural areas, as well as mass immigration, much of it illegal, from Colombia and other neighbours.

Venezuela, like many Latin American countries, has a high percentage of urban poverty, a massive foreign debt, and widespread governmental patronage and corruption. Venezuela’s social and political ills have been compounded by natural disasters such as the floods that devastated sections of Caracas, La Guaira, and other coastal areas in late 1999. On the other hand, the republic since 1958 has been more democratic and politically stable than most other Latin American nations, and its economic prospects remain strong, particularly in regard to the petroleum industry.

The Venezuelan landscape includes towering mountains, tropical jungles, broad river plains, and arid coastal plains, all of which provide a diversity of natural habitats and a range of challenges to social integration and economic development.

Venezuela is a country of immigrants. About two-thirds of the population is mestizo (of mixed European and Indian ancestry) or mulatto-mestizo (African, European, and Indian); about one-fifth of Venezuelans are of European lineage, and one-tenth have mainly African ancestry. The native Indian population is statistically small.

The Indian groups speak more than 25 different languages, most of which belong to three linguistic families—Cariban, Arawak, and Chibcha. Spanish is the national language of the majority. Local idioms, colloquial phrases, and simplified verb usage distinguish Venezuelan Spanish from other Latin American and Iberian variants. In Caracas and other major commercial centres, English is often favoured in business communications, and private schools in Caracas encourage bilingualism. The presence of English-speaking professionals in the oil centres and in the major cities has made English the country’s most popular second language.

The Venezuelan economy is based primarily on the production and exploitation of petroleum. From the late 1940s to 1970 the country was the world’s largest petroleum exporter; it remains one of the principal exporters of oil to the United States. Venezuela’s economy has relied on earnings from the petroleum sector to modernize and diversify other economic sectors; thus “sembrando el petróleo” (“sowing the oil”) has been a national slogan since the 1940s. The development of rich deposits of iron ore, nickel, coal, and bauxite (the ore of aluminum), as well as of hydroelectric power, have further expanded the economy.

During the 1960s Venezuelan governments stressed import-substitution policies, using protective tariffs to limit imports of manufactured goods and subsidies to promote the growth of domestic manufacturing. As a result, export-oriented enterprises expanded. In the mid-1970s the government nationalized Venezuelan iron ore, oil, and gas industries, and it then used earnings from fossil fuel exports to fund major infrastructure improvements and other public works. By the end of the 20th century, Venezuelan industries had diversified, and the country had developed additional natural resources.

Nevertheless, Venezuela’s “sowing the oil” was considerably slowed because of fluctuations in international petroleum prices and global economic recessions in the 1980s and ’90s, as well as domestic problems such as inflation, inefficient management, corruption, and a lack of skilled personnel. The economy was pressured by a massive foreign debt, high unemployment, rapid population growth, and illegal immigration; however, early in the 21st century the economy recovered enough that by 2007 the country had paid off its foreign debt.

As Venezuelans moved from the countryside to the cities, they developed a modern urban lifestyle; large middle-class neighbourhoods developed alongside burgeoning poor ranchos. Many middle- and upper-class Venezuelans acquired wealth from oil in the 1950s–70s, which enabled them to travel easily, especially to the United States, and to own cars and houses. The economic downturn since the 1980s has interrupted that easy lifestyle, however, and poverty has grown.

Although North American music is popular and widespread in Venezuela, the Caribbean salsa and merengue forms are also commonly heard. The national Venezuelan folk dance and musical style is the joropa, but each region of the country has its own distinctive musical expression.

China and Venezuela signed a Memorandum of Understanding (MOU) for cooperation on the Belt and Road Initiative (BRI) on September 14, 2018.