Abstract : "On a closer look at the COVID-19 pandemic, we can see it is a common crisis to mankind against the background of a new globalization", said Zhao Baige on the Thursday-held online conference named "China-Pakistan Relations in the New Era - CPEC, COVID and Beyond". 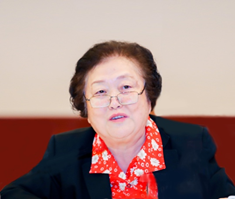 Zhao Baige attended the Thursday-held online conference "China-Pakistan Relations in the New Era - CPEC, COVID and Beyond", jointly hosted by the Pakistan China Institute (PCI), Centre for Chinese Legal Studies (CCLS), LUMS and Research and Development International (RDI), and delivered a keynote speech on "New Globalization and Post-pandemic China-Pakistan Cooperation". The followings are her opinions:

On a closer look at COVID -19 pandemic, we can see it is a common crisis to mankind against the background of a new globalization. Therefore, its solution and the future direction of the world should also be sought from this fundamental background. In recent years, the world order has witnessed unprecedented changes. There could be a huge vacuum in public governance across the world. It is eager for a more just international order, which should follow the principle of mutual benefit; diversified development paths should be more respected; economic growth should be more inclusive, and the values of "solidarity" and "harmony without uniformity" should be better reflected.

It should be noted that globalization is an irreversible global trend. Facing the problems of globalization, reform and innovation should be carried out to find fundamental solutions. Driven by the fourth industrial revolution and emerging technologies, the new globalization has become a general trend. The new globalization refers to a process of globalization that is open, inclusive, universally beneficial and shared by all. It calls for seeking a consensus through consultation, deepening cooperation through joint contribution and benefiting the whole world through sharing.

How can we do better in the context of new globalization? How to deal with the challenges and crises that may occur in the future? Through this outbreak, three very important pillars can be seen. First, good governance. When the crisis comes, we need to quickly identify and judge them, effectively form a social consensus and mobilize the resources and strength of the whole society, formulate scientific and effective programs and unswervingly promote implementation. Most importantly, people's lives and health should be the primary goal. Second, super ability to provide public goods. During the outbreak of the COVID-19, China has provided essential materials such as protective and medical equipment and medicines, its various public policies and experience of pandemic prevention and control and other public goods that needed to respond to the crises. China has supported many countries, especially those with more severe epidemic situation, weaker public health systems and epidemic prevention capabilities and international organizations such as the WHO. Third, the concept and willingness to serve the world. In this process, a kind of concept and willingness is more important, instead of wealth and strength. The three pillars mentioned above are important safeguards against natural disasters, wars and conflicts, as well as humanitarian and public health crises in the context of the new globalization.

Facing the "post-pandemic" world, China actively takes action to contribute to the formation of a new globalization, there are three very important initiatives as following. First, the redeployment and establishment of new industrial and scien-tech systems. In this pandemic, it has been learned that a strong industrial system is an important supporting force for people to cope with the crisis. At present, China has strong industrial innovation capacity. China has 41 industrial categories (including 191 middle categories and 525 small categories). It has become the only country in the world to have all the industrial categories in the United Nations Industrial Classification. On this basis, China has put forward the construction plan of "new infrastructure", which includes not only the infrastructure based on 5G, Internet of Things, artificial intelligence, cloud computing, block chain and other new generation of information technology evolution, but also the application of Internet, big data, artificial intelligence and other technologies to support the transformation and upgrading of traditional infrastructure, thus forming an integrated infrastructure. It also includes infrastructure that has a commonweal nature, supporting scientific research, technological development and product development. In the redistribution of scientific and technological power and data economy, China will promote the progress of industrial and technological system and add new impetus to the new globalization.

Second, China attaches great importance to the new human resources. Facing the fourth industrial revolution, human resources have become a top priority. The young generation is the basis of the new type of human resources and the new force to realize innovative development. At present, China has the largest team of engineers in the world, the largest number of university graduates in the world, as well as the largest number of skilled workers and the most complete industrial categories. In the "post-pandemic" era, the new human resources can not only contribute to industry and science and technology by providing huge manufacturing capacity and large-scale demand market, but also promote the construction of a "people-oriented" society to better cope with various global challenges in the future.

Third, China continues to promote reform and opening up and the globalization of resources, production and markets. While continuing to develop itself, China strives to achieve win-win results and common development with other countries. Although affected by the epidemic, some countries have taken various isolation measures to some extent, which have affected the global industrial chain, but this is temporary. China has not only intensified its efforts to open up to the world in an all-round way, but also focused on the reform of market-oriented allocation of factor resources, accelerating the improvement of the market economic system, intensifying the development of the western region and promoting the optimization of industrial structure. These measures will promote the layout optimization of the global industrial chain, produce a huge spillover and driving effect, and become a new momentum to promote global economic growth against the background of new globalization.

China-Pakistan cooperation is of great significance and should be understood and considered in the context of the new globalization and the "post-pandemic" era. Pakistan is a large South Asian country with a population of more than 200 million, of which is a large number of new generation, so it has the best condition to achieve leapfrog development. China and Pakistan build their cooperation upon the profound basis of their unique all-weather strategic cooperative partnership and the joint efforts to fight COVID-19 epidemic have also been a strong evidence of the unbreakable friendship between the two peoples. The bright future of China-Pakistan cooperation will not only benefit the peoples of both countries, but also become a model of development in the new globalization, bringing a good demonstration effect for more new types of international cooperation. In the future, RDI international think tank will continue to rely on its own advantages and contribute to China-Pakistan cooperation!

2.
Swiss logistics giant to partner with Chinese company in vaccine storage and distribution

5.
Profit of multinational investment bank HSBC falls a third in 2020

"On a closer look at the COVID-19 pandemic, we can see it is a common crisis to mankind against the background of a new globalization", said Zhao Baige on the Thursday-held online conference named "China-Pakistan Relations in the New Era - CPEC, COVID and Beyond".