Abstract : Slovakia signed a memorandum of understanding on cooperation under the Belt and Road Initiative with China in November 2015.

Slovakia signed a memorandum of understanding on cooperation under the Belt and Road Initiative (BRI) with China in November 2015. 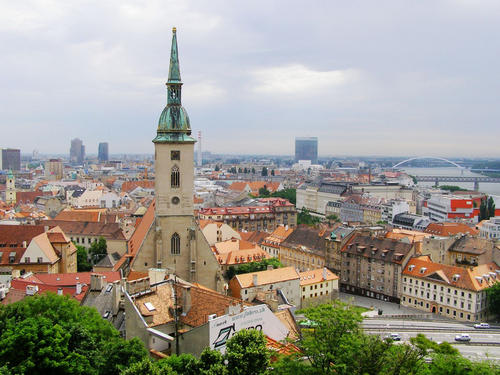 Slovakia is a landlocked country in Central Europe. Neighboring countries include Austria, Czech Republic, Hungary, Poland, and Ukraine. The geography of Slovakia is known for its mountains, with the Carpathian Mountains extending across most of the northern half of the country. The government system is a parliamentary democracy; the chief of state is the president, and the head of government is the prime minister. Slovakia has a mixed economic system in which there is a variety of private freedom, combined with centralized economic planning and government regulation. Slovakia is a member of the European Union (EU).

Slovakia is a parliamentary democracy. State power originates from citizens who exercise it directly by participating in national elections. The three branches of political power-executive, legislative, and judicial are collaborative in nature and monitor each other’s functions. The National Council of the Slovak Republic, the Government, and the President are the supreme bodies of state power of the Slovak Republic.

Slovakia is generally a religious country of Christian religion. The latest research results show that 84 percent of inhabitants are religious and Christians attend Masse and practice their religion in everyday life. There are catholic schools in Slovakia including primary schools, secondary schools and universities and Religion for religious children is a compulsory subject in primary schools. For the non-religious children their parents can choose Ethics as an alternative subject. Slovakia values freedom of religion.

There is a Latin Catholic, Protestant or Greek Catholic church in every city and village in Slovakia. The state television offers regular religious broadcasting. Catholic Church has catholic newspapers and magazines, publishing, radio Lumen and television Noe.

Christianity has a long tradition in Slovakia and the beginning of Christianity dates back to first century A.D. and at present most people claim to be religious. There are 18 registered religions in Slovakia and the major religions include Latin Catholic Church (68.9 percent), Greek Catholic Church (4.1 percent) and Evangelical Augsburg Church (6.9 percent).

Huawei steps up cooperation with Saudi Arabia on 5G network

Slovakia signed a memorandum of understanding on cooperation under the Belt and Road Initiative with China in November 2015.