Abstract : AS the capital of Fujian Province, Fuzhou is located in the lower reaches of the Minjiang River in eastern Fujian. It is sepa...

As the capital of Fujian Province, Fuzhou is located in the lower reaches of the Minjiang River in eastern Fujian. It is separated from Taiwan by the East China Sea. Its climate is pleasant, and the geographical environment is advantageous. 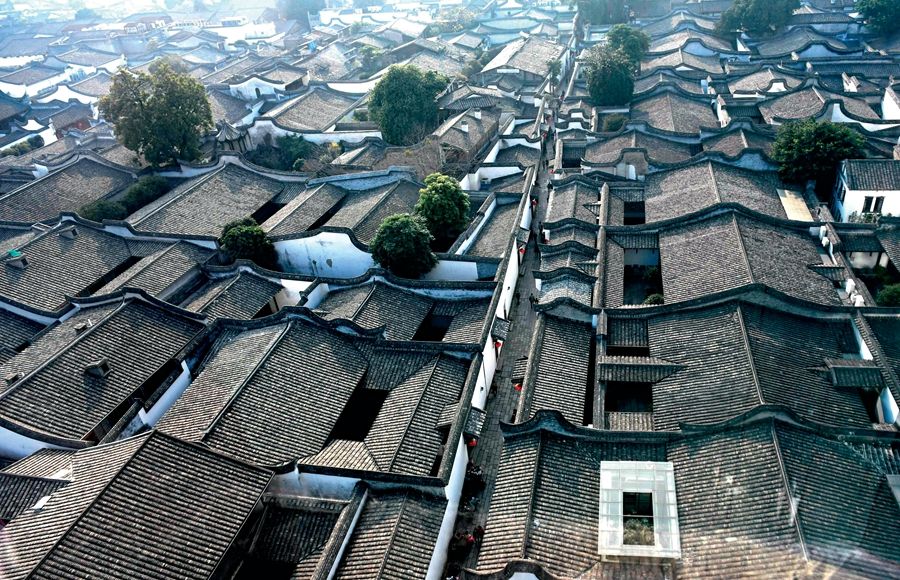 Photo: The "Three Lanes and Seven Alleys" in Fuzhou.

Enjoying a long history, Fuzhou has been a political center of Fujian for a long time, an important city on the southeastern coast, and a gateway to the Maritime Silk Road. It has witnessed frequent trade, business exchanges, and multicultural integration between China and the Middle East and other Asian countries and regions. In recent years, Fuzhou has striven to build itself into a strategic hub for the 21st Century Maritime Silk Road and has become a founding member of the United Nations Maritime-Continental Silk Road Cities Alliance (UNMCSR). At the same time, Fuzhou was one of the earliest cities in China to open up and implement reform. In this pilot free trade zone and national new area, emerging industries have become increasingly prominent, and strategic emerging industries such as the Internet of Things(IOT), big data, cloud computing, artificial intelligence, and high-tech industries are rapidly developing. China's first open laboratory for the Internet of Things and the China (Fuzhou) Internet of Things Industry Incubation Center were unveiled one after another. The world's largest commercial project for narrow-band IOT-enabled smart water business was also officially launched in Fuzhou.

Fuzhou's documented history can be traced back to the third century BC, when it was the capital of the Minyue Kingdom. During the Eastern Jin Dynasty (317-420), the inhabitants of the Central Plains migrated south and Fuzhou gradually prospered in the long-term immigration tides. In the Song Dynasty (960-1279) Fuzhou entered a golden period of economic and cultural development. It became one of the six major cities in the country at that time and was the center of the imperial examinations. At that time, the city was planted with banyans and the city was full of shade, for which it became known as "Banyan City." 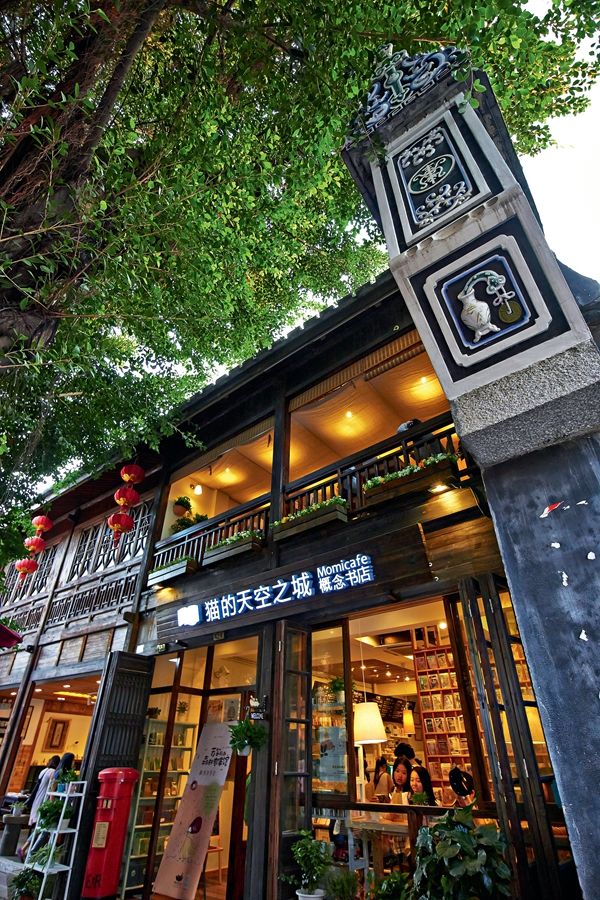 These migrants were responsible for sailing, shipbuilding, preparation of diplomatic documents, translations, and trade with China in Ryukyu. They enjoyed a higher status in Ryukyu, were valued by the Kingdom, and as such, received special treatment there. They also established their own independent village, which was later renamed “Kumemura.”

At the beginning of the 15th century, the Ming government sent Zheng He (1371-1433) to foreign countries to strengthen diplomatic ties. From 1405 to 1433, Zheng He led a huge fleet for a total of seven voyages. On his eighth voyage in 1433, he died of illness on the ship. According to historical records, Zheng He's fleet visited more than 30 countries and regions in Asia and Africa and reached the Red Sea coast and the East Coast of Africa. Before each trip, Zheng He stopped at Taiping Port in Changle District of Fuzhou City to rest, replenish supplies, and recruit sailors.

Thanks to frequent friendly exchanges between China and foreign countries, Zheng He successfully promoted friendship between China and Southeast Asian countries to new heights. According to statistics, from 1403 to 1424, the number of envoys from various countries visited China a record 318 times, an average of 15 times a year. Seven kings of four countries, including Brunei and the Philippines, personally led their delegations to visit China. Once, 18 tributary missions came to China at the same time. Three kings died in China during their visits and were buried in China according to their wishes.

Zheng He’s fleet traveled from the Western Pacific through the Indian Ocean to West Asia and the east coast of Africa and reached the Cape of Good Hope in the south, involving three oceans and providing valuable records for the history of Chinese navigation. His voyages came 87 years before Columbus, 92 years before Vasco da Gama, and 116 years before Magellan’s arrival in the Philippines. These journeys are still considered an unprecedented initiative in the history of the world’s navigation and are also great contribution to the maritime cause of the Chinese people.

In downtown Fuzhou, many ancient buildings still stand. These buildings have maintained the pattern of lanes formed in the eighth century. They are the only remaining living fossil of the neighborhood system in Chinese cities. The system is quite complex, involving basic units and neighborhood management systems of ancient Chinese cities and rural planning. As the basic unit of urban space planning, it divides the city into squares of chessboard sizes, and separates residential areas, commercial areas, and administrative areas to facilitate city management. There are more than 200 ancient buildings in the system, the most famous of which is the "Three Lanes and Seven Alleys" neighborhood.

"Three Lanes and Seven Alleys" is an abbreviation of 10 lanes arranged from north to south on both sides of Nanhou Street. The three lanes are Yijinfang, Wenrufang, and Guanglufang; the seven alleys are Yangqiaoxiang, Langguanxiang, Taxiang, Huangxiang, Anminxiang, Gongxiang, and Jibixiang. Due to renovation, only two lanes and five alleys still exist. Even so, in this historic residential area, rich cultural relics are still preserved, including a group of former residences of celebrities. In this residential area, there are stone pavements, whitewashed walls and blue roof tiles, rigorous structure and exquisite and ingenious housing. Many of the doors and windows of the houses are made of hollow carvings and mortise joints, involving rich hand-carved patterns. Exquisite door frames, flower seats, and pillars can be seen everywhere. They embody the folk art and characteristics of the ancient city of Fuzhou, which is known as a large-scale ancient architecture museum of the Ming and Qing dynasties.

In addition to the "Three Lanes and Seven Alleys," Fuzhou City has completed the protection and restoration of the Shangxiahang Historical and Cultural District and the Zhuzifang Historical and Cultural District. The Shangxiahang Historical and Cultural District is located along Shanghang Road and Xiahang Road in Taijiang. It was the commercial center and shipping terminal of Fuzhou in the early years. It is also the best place to taste old Fuzhou – the gourmet food is in Shanghang, and ancient architecture is in Xiahang. These places have witnessed the commercial development of Fuzhou, where foreign markets and business groups gathered, and high-end restaurants stood in great numbers. They have always been important places for folklore and historians to study Fuzhou’s business development.

Zhuzifang is located on the Antai Riverside on the south side of Jintai Road. The Antai River was historically a moat in Fuzhou. Along the river there are many dwellings from the Ming and Qing dynasties. Legend has it that the Zhu clan lived here during the Song Dynasty. Zhu’s four brothers were all officials. The Zhuzifang District is a place where ancient Fuzhou cultural and educational institutions are concentrated. There were three Confucius Temples, two county schools, two county administrative buildings, and one prefectural college. The Furong Garden was built during the Song Dynasty. The layout of the entire garden is stunning, and includes many of Fuzhou’s rich dwelling and garden features.

Cradle of the Modern Chinese Navy

Opposite Changle District across the river is Mawei District in Fuzhou. Mawei, also known as Ma-jiang, is located at the confluence of two tributaries of the Minjiang River and is a natural harbor. More than 100 years ago, it was one of the most modern areas in China. It is home to dozens of historical accomplishments, such as China’s first modern shipyard (Mawei Shipyard), China's first modern naval school (Mawei Dockyard School), China’s first cruiser, China’s first aircraft, and China's first practical steam engine.

In the middle of the 19th century, after Fuzhou was forced to open, all warships and merchant ships from various countries came to Fuzhou to anchor at Mawei Port. Westernizationists established shipping administrations in Mawei, manufacturing arms and related artillery, building docks, and employing craftsmen and professors from Europe to teach shipbuilding. At that time, the Mawei Shipyard was China's first modern shipyard and also the largest shipyard in the Far East. From its founding in 1866 until it halted production in 1907, 40 ships of various sizes were built there.

While building a shipbuilding base, the Westernizationists also established the Ship Administration School to train professionals, which is often viewed as the cradle of China's modern navy. This was the first naval and navigation college in modern China, and also the first modern military college in China. It trained the first generation of Chinese naval personnel and created the first naval fleet in modern China — the Fujian Navy. Shortly after the establishment of the Fujian Navy, the Sino-French War broke out in 1883. France’s Far East Fleet invaded Mawei Port and launched an attack. The main general of the Qing Army was afraid of the war, abandoned the ship and fled, and the Fujian Navy was completely annihilated.

The famous Luoxing Tower located on the bank of the Minjiang River is an internationally recognized navigation mark. It is said that there were no signs of Fuzhou on world maps except for the sign of Luoxing Tower. Foreign ships from that time looked far from the Luoxing Tower off the coast of Fuzhou’s Mawei and the seafarers would cheer "China Tower." Letters from all over the world to Mawei can be delivered there as long as they are written with the word "China Tower."

In 1963, the tower underwent further repairs. The area under the tower was turned into a public park. Standing on the tower and looking northeast, one can see the marine outfall of the Minjiang River. When the tide rises, river currents and seawater rush down the tower, creating an amazing, but wet spectacle. Now, the tower is a cultural relic under protection and is no longer open to tourists.

AS the capital of Fujian Province, Fuzhou is located in the lower reaches of the Minjiang River in eastern Fujian. It is sepa...