Abstract : China is expected to further advance its pilot programs of the digital fiat currency, or the e-CNY, as digital yuan payment is becoming accessible to the general public and gains more and more popularity. 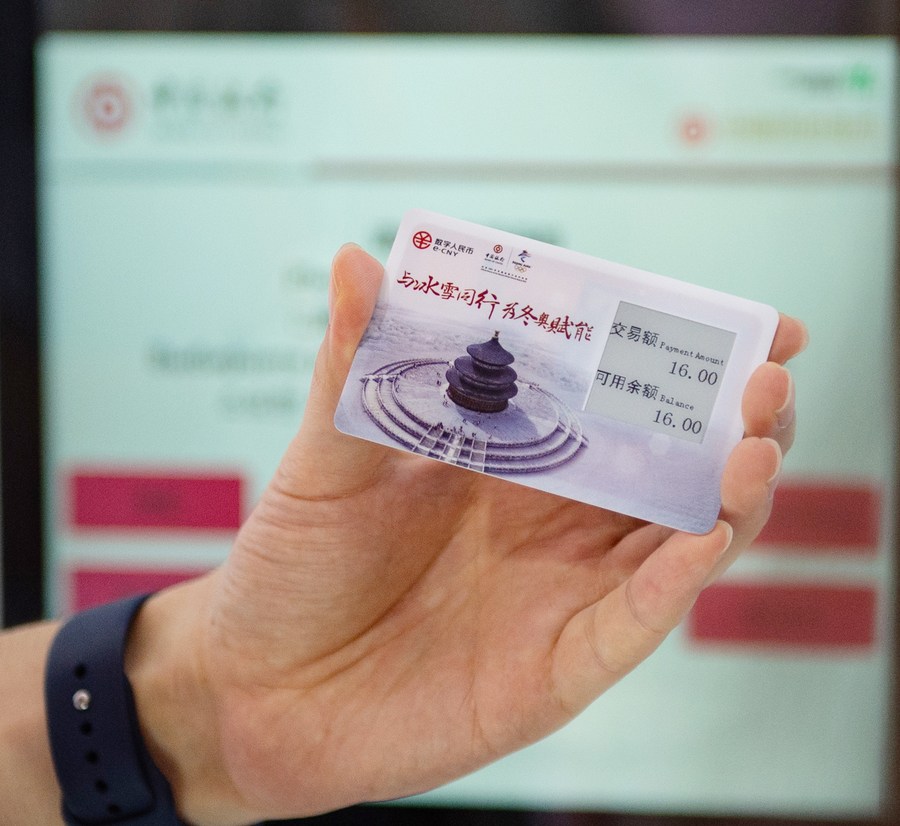 BEIJING, March 17 (Xinhua) -- China is expected to further advance its pilot programs of the digital fiat currency, or the e-CNY, as digital yuan payment is becoming accessible to the general public and gains more and more popularity.

In addition to the current "10+1" pilot regions, governments of Heilongjiang Province, Henan Province, and Fuzhou City have recently referred to launch the digital yuan pilots in their published documents. Insiders believe more regions will be involved in such pilot schemes in the future.

At the same time, the calls for improving relevant legislation are becoming louder as the digital yuan pilots continue to expand in scope and content.

According to an insider, the digital yuan is not regulated by laws and regulations, and there is a lack of legal guarantees about the acquisition, use, and risk prevention and control of digital yuan. With the expansion of the circulation of digital yuan, it is urgent to provide solid protection through legislation.

The People's Bank of China (PBOC) has launched e-CNY pilot programs at the 2022 Beijing Winter Olympics and in Shenzhen, Suzhou, Xiong'an, Chengdu, etc., which have nearly covered all areas of the Yangtze River Delta, Pearl River Delta, Beijing-Tianjin-Hebei region, and northeastern and northwestern China.

For example, in February this year, Heilongjiang Province, Henan Province, and Fuzhou City all mentioned the digital yuan pilot in their published documents.

Fuzhou proposed in the 14th Five-Year plan for the financial industry that it will promote the implementation of major fin-tech projects and make active efforts to launch the digital yuan pilot.

Heilongjiang Province suggested in its implementation opinions on accelerating the high-quality development of platform economy that it will quicken the pace to join digital yuan pilot programs, and explore the construction of the digital yuan pilot and the expansion of scenarios.

Henan Province mentioned in its 14th Five-Year plan for the development of digital economy and informatization that it will strive to launch the digital yuan pilot.

"There were only 20.87 million personal accounts by the end of June 2021, and the number surged to 140 million on October 22 and exceeded 260 million by the year-end. The number almost doubled in less than two months at the end of last year, and the speed of account opening became prominently faster. It shows that the digital yuan is increasingly recognized and welcomed by the public and starts to be generally accessible to common households," said Dong.

In 2022, China continues to advance digital yuan pilots. The pilot version of  the e-CNY App was launched in major App stores at the beginning of the year. Digital currency electronic payment is used in theaters and online consumption. Beijing Winter Olympic Games marked the first use of the digital yuan by foreigners, which is of great significance.

It is worth noting that the digital yuan system dominated by the central bank and participated in by multiple parties is taking shape.

Sun Taoran, chairman of Lakala Payment Co., Ltd., holds that only by playing the regulating roles of both the government and the market and combining policy guidance with market drive, can the promotion of digital yuan truly enter the fast lane. He suggested that China carry out pilots of market-based promotion for digital yuan and establish a service charging mechanism for digital yuan in circulation, so as to fully mobilize market players and promote the ecological construction of digital yuan better and faster.

With the expanding scope and content of the digital yuan pilots, as well as the increasing role digital yuan plays in consumer consumption, government service, enterprise capital settlements and other fields, the demand for improving the legislation concerning digital yuan is increasing.

Guo Xinming, head of the Nanjing branch of the PBOC, pointed out that in the current regulations on the administration of Renminbi, the RMB is the physical currency issued by the People's Bank of China, which only includes paper notes and coins.

According to Article 19 of the law of the People's Bank of China (draft for soliciting public comment) promulgated in October 2020, RMB includes the physical form and the digital form. He believes that the digital yuan and the RMB cash will complement each other to form China's legal currency system in the future. Sound legal regulations are an important guarantee for the smooth issuance of different forms of RMB, and also a "safety valve" for optimizing the circulation environment of RMB.

"It is suggested to revise and refine the regulations on the administration of Renminbi and other regulations in accordance with the pilot process of digital yuan research and development, so as to ensure the coordination between legal systems," said Guo.

In order to severely crack down on crimes committed under the guise of digital yuan, the legislation also needs to be further improved. Insiders believe that to effectively punish and prevent the copying, forgery, and theft of digital yuan, China needs to clearly divide the duties of relevant regulatory authorities and strengthen the responsibility of the regulatory body. (Edited by Yang Yifan with Xinhua Silk Road, yangyifan@xinhua.org)

China is expected to further advance its pilot programs of the digital fiat currency, or the e-CNY, as digital yuan payment is becoming accessible to the general public and gains more and more popularity.