Abstract : China's Ministry of Commerce (MOC) has recently issued a plan for high-quality development of its foreign trade during the 14th Five-Year Plan period (2021-2025). 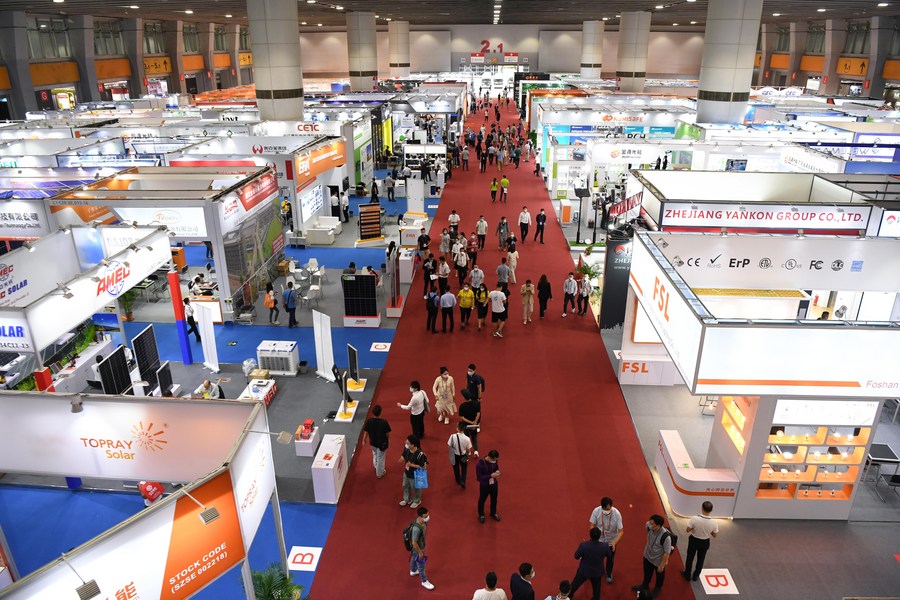 -- Highlights of the plan

The plan puts up to place innovation as the primary driving force for foreign trade development, deepen innovations in science and technology, systems, models and forms of business in foreign trade, and strengthen protection of related intellectual property rights.

Li Xingqian, director of the Foreign Trade Department of the MOC, said that in recent years, new business forms of foreign trade have developed vigorously, providing convenient services and diversified choices for domestic and foreign consumers, and becoming a new track for international trade cooperation.

Since the beginning of this year, development of the new business forms of foreign trade has kept making new progress, with the number of overseas warehouses surpassing 2,000. From January to October this year, the cross-border e-commerce imports and exports grew by 19.5 percent.

The plan calls for accelerating the digital transformation in foreign trade by pushing foward deep integration of digital technology with trade development.

In 2019, the added value of China's digital economy reached 35.8 trillion yuan, accounting for 36.2 percent of the national GDP.

The MOC forecast in a report on China's digital trade development that the import and export value of China's digital service is expected to exceed 400 billion U.S. dollars and account for about 50 percent of China's trade in services by 2025.

Digital technology can help promote the upgrading and optimization of China's export structure. By leveraging the industrial foundation of emerging digital technologies such as big data, cloud computing, artificial intelligence and block chain, as well as the Belt and Road Initiative (BRI) and free trade zones, China can establish contacts with a wider range of trading partners and explore new growth points in foreign trade.

However, the macro risks facing China's foreign trade cannot be ignored, including the weak foundation of world economic recovery, the rising unilateralism, protectionism and global inflation, and the speedy restructuring of international industrial and supply chains, noted Vice Minister of Commerce Ren Hongbin.

"At present, it is necessary to establish a list library of core multinational companies in the global supply chain, especially in the electronics industry, new energy vehicles, high-end equipment, intelligent manufacturing, biomedicine and other fields, and encourage these companies to invest or expand investment in China," said Li Wenlong.

Li also suggested supporting the extension of China's digital supply chain to overseas markets to build China's new supply chain advantages around the globe. "Among major countries, China has the largest investment and potential in developing digital economy. The output value of China's digital economy is expected to reach 95 trillion yuan by 2030. China would vigorously develop and expand its global digital industrial chain, and gradually form its leading position in the global digital industrial chain in the process."

According to the plan, in 2020, China's trade partners expanded to cover more than 230 countries and regions, and its foreign trade has helped transform domestic industries, upgrade consumption and balance international payments, creating 180 million jobs directly and indirectly.

This year marks the beginning of the 14th Five-year Plan period. Despite of the complex and grim domestic and international situations, China's foreign trade has achieved fast growth. From January to October, China's total imports and exports increased by 31.9 percent year on year to 4.89 trillion U.S. dollars, exceeding the total value of 2020 and hitting a new record high.

Meanwhile, the contribution of China's foreign trade to the national economy and the world economy is increasingly prominent.

In the first three quarters of this year, the net exports of goods and services drove a GDP growth of 1.9 percentage points.

In the first 10 months of this year, the newly-registered foreign trade operators reached 154,000, with most of them micro-, small- and medium-sized foreign trade enterprises, effectively driving employment growth. Cross-border e-commerce and other new forms and models of business have expanded the channels for flexible employment.

China's foreign trade has also helped improve people's livelihood. This year, more than 2,000 enterprises from poverty-stricken areas have successfully explored the international market through the Canton Fair. Besides, the border trade has increased the income of 4 million border residents.

In promoting global economic and trade recovery, China's foreign trade has also played a crucial role. So far, China has exported more than 360 billion masks to the world, helping various countries cope with the COVID-19 epidemic and resume production, and promoting smooth and stable global industrial and supply chains.

China's Ministry of Commerce (MOC) has recently issued a plan for high-quality development of its foreign trade during the 14th Five-Year Plan period (2021-2025).