China and the UAE have great room for future economic development

The International Monetary Fund (IMF) predicts that the UAE's GDP growth rate in 2019 will be 1.6 percent, lower than the figure of 3 percent for global economic growth rate in 2019. The UAE government is seeking domestic economic transformation. The cabinet has proposed the strategies of the UAE Vision 2021 and the UAE Centennial 2071, which show the government's determination to accelerate this transformation process. With the success of the economic transformation measures, the positive impact on the national economy is beginning to increase significantly, with some economic indicators rising. The UAE economy is expected to grow at an average rate of 3.1 percent between 2020 and 2023.

The UAE has relatively low inflation rate. The rise of the inflation rate shows that the UAE dirham has depreciated to a high level, but the price increase remains controllable. 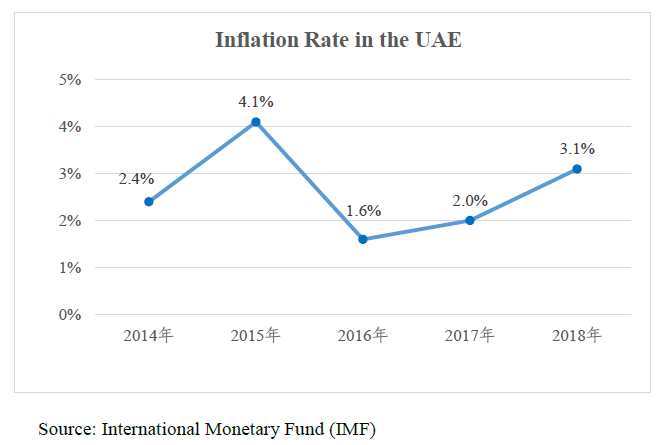 According to the report on China's economic development in 2018 released by the National Bureau of Statistics, the GDP in 2018 was 90,030.9 billion yuan according to preliminary estimation, up by 6.6 percent over the previous year in terms of comparable prices, which achieved the expected development target of around 6.5 percent. In general, China's national economy continued to operate within a reasonable range in 2018, maintaining overall stability with steady progress.

The IMF expects China's economic growth in 2019 to be 6.2 percent, still above the global average.

According to the data of China's National Bureau of Statistics, the price level is running smoothly throughout 2018. In this year, the consumer price index rose by 2.1 percent and the price rise remained within a reasonable range. The overall employment situation in China is stable. At the end of 2018, the number of employed people in China was 775.86 million, and that in urban areas was 434.19 million. The newly increased employed people in urban areas numbered 13.61 million, 0.10 million more than the previous year. The surveyed urban unemployment rate was 4.9 percent at the end of last year, 0.1 percentage point lower than the end of 2017. The registered urban unemployment rate was 3.8 percent, 0.1 percentage point lower. 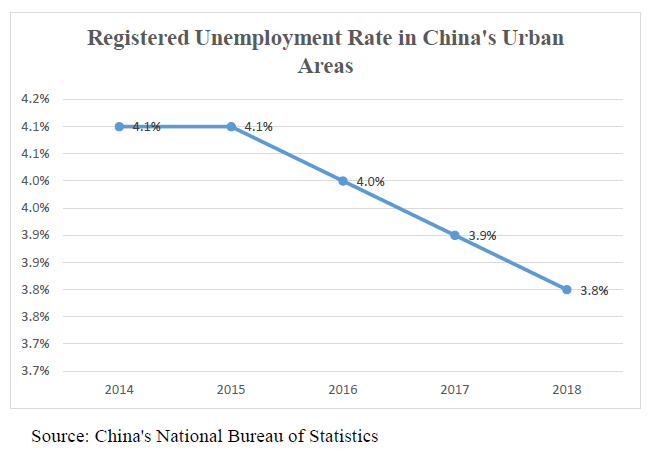 The UAE is currently in a period of overall economic restructuring. Apart from the oil industry, the UAE government is promoting the rapid development of non-oil industries, such as petrochemical metallurgy, processing and manufacturing, new energy, finance, tourism, etc. The proportion of non-oil industries in economic growth is continuously increasing. The country's position as a regional trade, finance and logistics hub has been further strengthened.

In China, new economic driving forces are growing, new industry formats are booming, and the economic transformation and upgrading are advancing steadily. China is still and will be in an important period of strategic opportunity for development for a long time to come. There is ample room for investment in areas such as people's livelihood, education, medical care and scientific and technological innovation.

The UAE is a strong economic and trade power in the Middle East, and China is the largest developing country in the world. The economic growth in the two countries maintained stability with steady progress. Both sides have given full play to their leading advantages in their respective fields. At the same time, there are also areas of investment that need improvement, laying a sound foundation for deepening economic and trade exchanges and cooperation between the two countries in the future.

348.6-bln-yuan deals to be signed at E China convention

China and the UAE have great room for future economic development